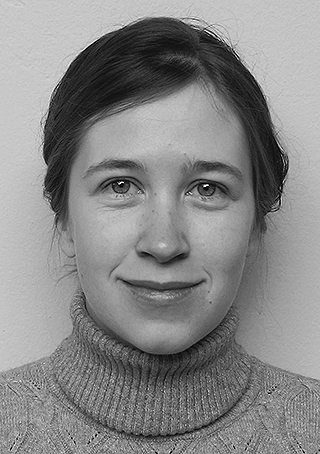 My passion for biology dates back to my childhood. Thanks to my inspiring biology teacher at the island of Muhu, Estonia, I had the chance to participate in both national and international olympiads (European Union Science Olympiad) and student research schools (Erken Laboratory Research School by Uppsala University in Sweden; Life Science Week in Swiss alps; XLAB in Göttingen, Germany) that significantly broadened my understanding of earth systems and sparked my interest for microbiology.

During my studies for a BSc in Biology at the University of Tartu, Estonia, I was a part of the preparation team for the National Olympiad in Life Sciences, teaching and training high-school students for international competitions. For a brief moment I even became a local celebrity amongst children for my achievements in a science promoting TV-show Rakett69 in 2012. Throughout the years in Tartu I organized various educational events while being a board member of the NGO Nature Preservation Association of Students of Tartu. Thanks to the Erasmus program I also spent one wonderful semester in the University of Trier, Germany, studying ecotoxicology and mastering German language.

In my MSc studies in Biomedicine, I continued working in the Antibiotic Research Laboratory, Institute of Technology on E.coli and the phenomenon of persistence during antibiotic exposure. Bacteria can also survive antibiotic treatment through non-genetic mechanisms that play a key role in recurrent infections, such as urinary tract infections. I was looking at the growth resumption of E.coli from stationary phase and discovered a small secreted signaling molecule that facilitates resuscitation of metabolically inactive cells.

After graduating in 2015, I followed my husband to Greece where he had his ESR position in Marie Curie ITN RedMud. Things played out extraordinarily well, as in those three years we became parents of two happy healthy babies. Now I enjoy the privilege of conducting fascinating relevant research as well as experiencing the incredible feeling of constant progress that having children provides.

Resistant pathogens have emerged against all existing classes of antibiotics (Lewis 2013). To have back-up solutions for curing common diseases, new classes of antibiotics are urgently needed. 73% of antibacterial agents approved for human use are natural products or their derivatives (Newman and Cragg 2016). Yet, is estimated that only 1–3% of antibiotics have been discovered from Streptomyces, a family of gram-positive bacteria (Traxler and Kolter 2015). The key difficulty lies in the fact that microbes are not expressing most of the specialized metabolites under standard laboratory conditions (Hoskisson and Fernández-Martínez 2018). Those silent biosynthetic gene clusters (BGCs) are estimated to harbor about 90% of natural product chemistry (Lewis 2013).

I am working on eliciting the expression from silent BGCs in Streptomyces spp. In this 3-year project, I am using a bottom-up approach in which I first cultivate randomly chosen Streptomyces spp. environmental isolates in the presence or absence of potential elicitors, analyze the resulting metabolic fingerprints and look for elicitor-dependent signals. I grow the strains in the presence of molecules that they could encounter in their natural habitats and hence could act as elicitors for the expression of silent BGCs, such as antibiotics in sub-inhibitory concentrations, cell wall components, siderophores and quorum sensing molecules. The overall aim of my study is to find novel bioactive microbial metabolites that could become antibiotics and save lives of both humans and other animals.